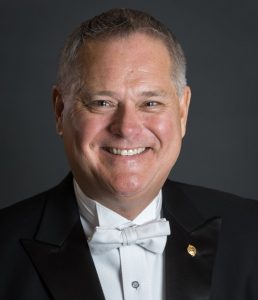 Professor Randall Coleman, Associate Director of Bands and Professor of Conducting at the University of Alabama, has recently been elected 1st Vice-President (President-Elect) of the National Band Association. Professor Coleman will serve at two-year term as 1st Vice-President, then assume the role of President in June 2022. Professor Coleman is the conductor of the Alabama Symphonic Band and is the associate director of the Million Dollar Band, along with teaching graduate and undergraduate courses in conducting and wind band literature. He was appointed to the faculty at the University of Alabama in 2007 and is beginning his 39th year as an educator this fall. Professor Coleman received the bachelor’s degree in Music Education from Jacksonville (Alabama) State University and the master’s degree in Music Education from Georgia State University in Atlanta.

The educational purposes of the National Band Association are:

For more information about the National Band Association, please visit their website at www.nationalbandassociation.org