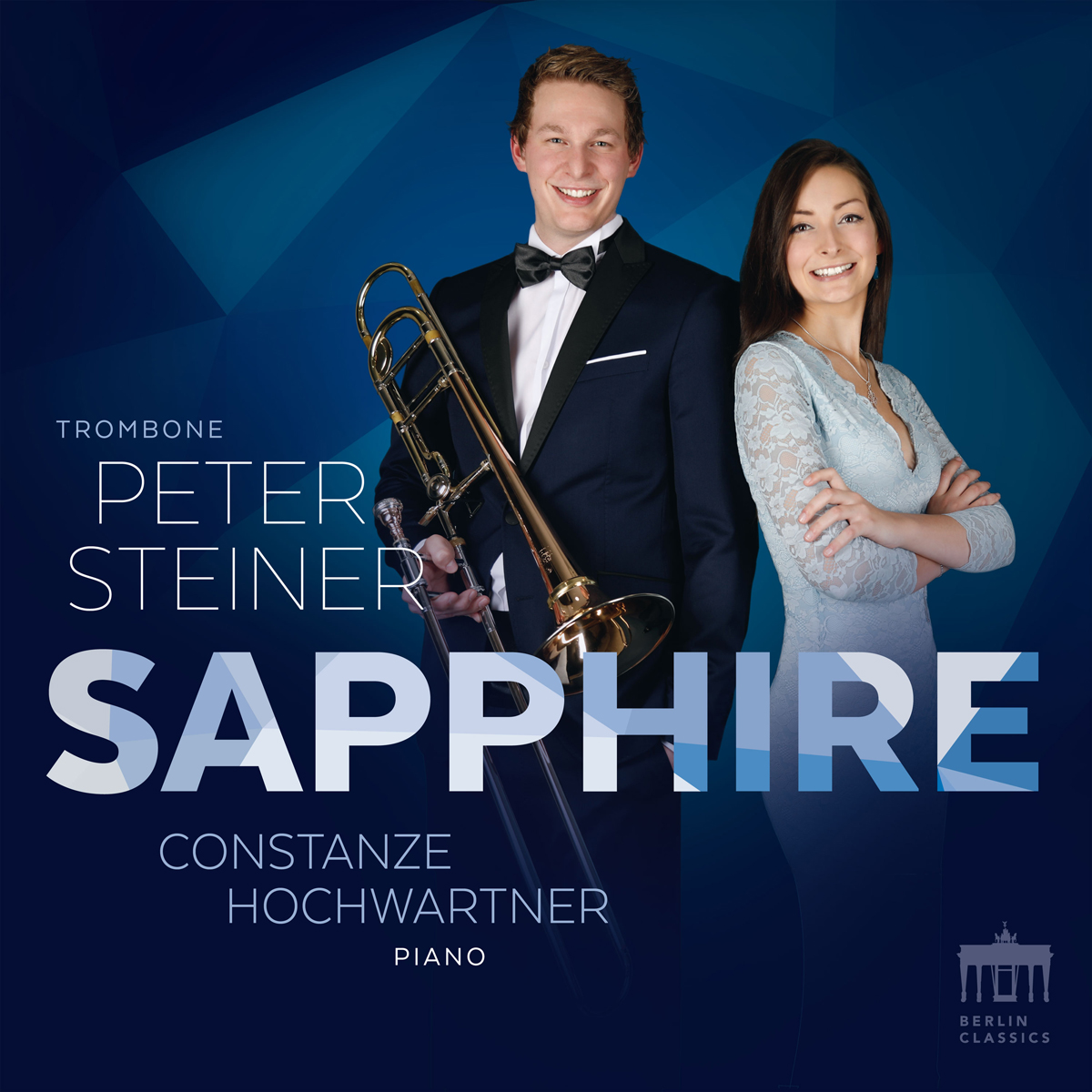 Italian trombonist Peter Steiner’s playing has been described as “beautifully controlled with a vocal sound” and he is recognized around the world as “a new trombone star within his generation”who“playswith total control”. In 2019 he was honoured as aPrize Winner atthe XVI International Tchaikovsky Competition in Russia.At the age of 23, Peter Steiner was appointed Trombonist of the Vienna State Opera and Vienna Philharmonic for the 2016-2017 season. Prior to that engagement he served as Principal Trombonist with the Colorado Symphony for the 2014-2015 season. He has performed as guest trombonist with the Munich Philharmonic, Staatskapelle Dresden, New York Philharmonic, Dallas Symphony Orchestra, Seattle Symphony Orchestra and BBC Scottish SymphonyOrchestra.His 2018-2019 season involvedextensive international travel and featuredover 100 performances, including a 3-month World Tour of the United States, Europe, Asia and South America with Constanze Hochwartner (piano/organ) as Duo Steiner-Hochwartner, as well as solo concerts with orchestras around the globe. Other highlights for this season include a CD release tour throughout Europe, Asia, Australia and the United States in July 2019, and solo appearances at the Lille (France) Trombone Festivaland International Trombone Festival (Indiana, USA). Mr. Steiner has soloed with numerous ensembles around the world including, most recently,the Mariinsky OrchestraandOrquestra Sinfõnica Brasileira in Rio de Janeiro. He has had the privilege of performing the world premiers of Eric Ewazen’s “Visions of Light”(Chamber Orchestra Version) and Gilles Rocha’s “Fly or Die”with Brass Band accompaniment. He has been featured in solo recitals during the 2016 and 2017 International Trombone Festivalsand the 2018 Wartburg Festival (Eisenach, Germany). He can be heard on his debut album, UNITED, which was released in January 2017 under the HELLOSTAGE Label, in collaboration with Hsiao-Ling Lin (piano) and Silver Ainomäe (cello). His second album, SAPPHIREwas released in July 2019 under the Berlin Classics label, in collaboration with pianist Constanze Hochwartner.Mr. Steiner began his studies at the Music Conservatory in his hometown of Bolzano, Italy before continuing his studiesat The Mozarteum of Salzburg(Austria). In 2016 he graduated from The Juilliard School in New York City with a Performance Diploma. His major teachers and influences include Joseph Alessi, Warren Deck, Nitzan Haroz, and Dany Bonvin.Mr. Steiner is a Performing Artist for the Thein Instrument Company and performs on his signature model “Bel Canto”trombone

Austrian artist Constanze Hochwartner is an international touring solo organist and pianist as well as part ofthe Duo Steiner-Hochwartner. Her 2019/2020season involvesa world tour including solo performances on the organ as well as duo concerts in Asia, Australia, Europe and the USA.Constanze received her first piano lessons at the young age of three, before being accepted into a class for gifted students in 2005 at the University of Music and Performing Arts in Graz, Austria. After graduating from high school, she switched her focus from piano to organ and started her studies in concert performance for organ with Univ. Prof. Ulrich Walther. Simultaneously,she studied instrumental andvocal pedagogy with an additional focus on pianoand graduated in the Fall of 2017. In October 2019she finishedher Master’s degree studying withUniv. Prof. Karin Tafeit (organ) at the University of Music and Performing Arts in Graz. She has also been mentored by Univ. Prof. Gunther Rost.Constanze has given soloperformances around the globe, including organconcerts in Europe, the United States and South America. She performed as a soloist in the Graz Cathedral in 2015 and 2016 and at the “Grazer Orgelfrühling” 2016 inthe Herz Jesu-Kirche in Graz. In June 2017 she gave a recital in the parish church of St. Xaver in Leoben and concerts with the brass ensemble of the University of Music and Performing Arts. In 2017, Constanze began collaborating with trombonist Peter Steinerand formed the Duo Steiner-Hochwartner. For their debut 2017/2018 season the Duo maintained an ambitious international performance schedule, including an 8-week USA tour(40 concerts), a concert at the Wartburg Festival (Eisenach,Germany), and a series of concerts in Europe (Switzerland, Italy, and Austria). The 2018/2019 season highlightsinclude a 3-month World Tour withboth solo organ recitals and performances with theDuoin South America, Asia, Europe and the United States.Otherperformances with theDuoduring the 2018-2019 season includeda tour in Japanand two additional USA tours. Constanze’s debut album SAPPHIRE,in collaboration with Peter Steiner,wasreleasedin July2019 under theBerlin Classicslabel.Their CD Release Tour brought them to Europe, Asia, Australia and the United States.