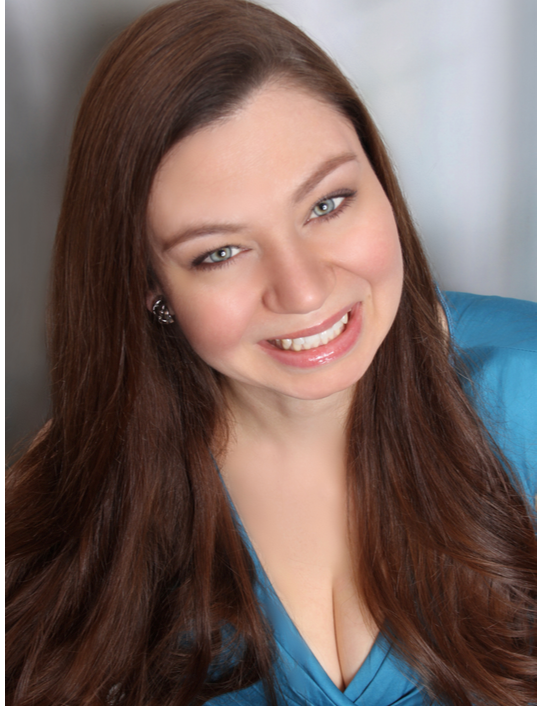 Soprano Bonita Bunt joined the University of Alabama faculty in the Fall of 2020 as Instructor of Voice and Associate Director of Opera.  She is comfortable on stage in the operatic or musical theatre genres, as well as behind the scenes as director and stage manager. As a frequent participant in the Las Vegas arts scene, she has worked as performer, director, assistant director, stage manager, and administrator with many of that region’s local opera and theatre companies including Opera Las Vegas, Vegas City Opera, Super Summer Theatre, Voccalis International, Vegas Theatre Company, and Majestic Repertory Theatre.

Dr. Bunt has studied Music, Theatre, Musical Theatre, and English literature and is a graduate of the University of Nevada, Las Vegas, where she earned her Doctorate and Master of Music in Vocal Performance. At UNLV she appeared as Tytania in Britten’s A Midsummer Night’s Dream, Zerbinetta in Richard Strauss’s Ariadne auf Naxos, Pernille in Dan Shore’s The Beautiful Bridegroom, the Nightingale in Ravel’s L’Enfant et les sortilèges, and Giannetta in Donizetti’s beloved L’elisir d’amore. She received her Bachelor of Music degree in Vocal Performance from Jacksonville University in Florida and has also studied in Italy and Germany.

Since her studies at UNLV, Dr. Bunt has been continuously involved with productions in the LaS Vegas including portraying Edith in Vegas City Opera’s award nominated hit at Super Summer Theatre, The Pirates of Penzance. She was also seen as the Queen of the Night and 2nd Spirit in Vegas City Opera’s The Princess and the Magic Flute, a reduced version of Mozart’s opera aimed at young audiences, and the Notary in Gianni Schicchi. She has also performed in concert with Opera Las Vegas including the program Who’s Afraid of Opera which reached over 1400 Clark County students.

Recent directing projects include the celebrated family holiday classic Hansel and Gretelfor Opera Las Vegas in 2018, revived in 2019, as well as a production of Britten’s Noah’s Floodwhich toured area churches. One of her favorite creative projects was a site specific opera performance of Don Giovannifor the Barrick Museum at UNLV, specifically designed to incorporate the current exhibit in which she served as narrator/museum tour guide. She served as assistant director for Opera Las Vegas’ west coast premiere of Ricky Ian Gordon’s 27and Vegas City Opera’s Gianni Schicchi, both collaborations with Vegas Theatre Company in Las Vegas. She also co-directed the west coast premiere of Sasha Cohen’s Cooperstown, A Jazz Opera in 9 Inningsfor Opera Las Vegas’s Living Composers Series.

Dr. Bunt was honored to be the Stage Directing Intern for Red River Lyric Opera during the summer of 2017, directing the one-act opera Beauty and the Beastby Vittorio Giannini, and serving as assistant stage director and stage manager for La bohème and assistant stage manager for Turn of the Screw and Alcina. In the summer of 2015 she worked as the Senior Stage Directing Intern at the acclaimed Druid City Opera Workshop at the University of Alabama where she directed scenes from Manon, Falstaff, The Merry Wives of Windsor, and West Side Story. Dr. Bunt has directed opera scenes at UNLV and the University of Northern Colorado, cabaret performances for First Coast Opera, and plays at Flagler College, as well as serving as assistant director for UNLV’s productions of Don Giovanni, La bohème, Le nozze di Figaro, and Trial by Jury, and was guest director for the new work No Guarantees, a romantic robot comedy by Cynthia Wong. Her most acclaimed solo project is the creation of a singable English translation of Ambroise Thomas’s french opera-lyrique Hamlet, using original Shakespeare texts as inspiration. The reduced, non-traditional Hamlet premiered at UNLV on May 6, 2017 as part of UNLV Opera’s sponsored Hamlet Festival. Dr. Bunt directed the premiere of Hamlet in English as the culmination of the week-long series of lectures and performances.