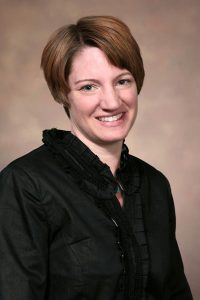 Lori Gooding (September 10-12 2019), PhD, MT-BC, is an Assistant Professor of Music Therapy at Florida State University. Dr. Gooding taught at Charleston Southern University and founded the academic and clinical music therapy programs at the University of Kentucky before joining the FSU faculty in 2015.

Her research and teaching interests include music therapy in mental and physical healthcare, with particular focus on psychosocial care and wellness. Dr. Gooding’s publications appear in a variety of refereed journals including the Journal of Music Therapy, Music Therapy Perspectives, and Medical Problems of Performing Artists. She is editor of Medical Music Therapy: Building a Comprehensive Program and co-author of Procedural Support Music Therapy: A Guide to Evidence-Based Practice and Program Development.

Dr. Gooding is President of the Southeastern Region of the American Music Therapy Association, co-chair of the Florida Music Therapy Task Force, and a member of the editorial board for the Journal of Music Therapy. She has presented nationally and internationally. She has also received several grants, including one from AARP and one from the National Institute on Aging.

She received her BME degree from the University of South Carolina and her MM and PhD degrees from Florida State University. 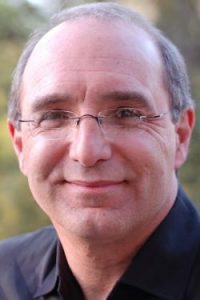 Dr. Duke’s research on human learning and behavior spans multiple disciplines, and his most recent work explores the refinement of procedural memories and the analysis of gaze in teacher-learner interactions. A former studio musician and public school music teacher, he has worked closely with children at-risk, both in the public schools and through the juvenile justice system. He is the author of Scribe 4 behavior analysis software, and his most recent books are Intelligent Music Teaching: Essays on the Core Principles of Effective Instruction, The Habits of Musicianship, which he co-authored with Jim Byo of Louisiana State University, and Brain Briefs, which he co-authored with Art Markman, his co-host on the public radio program and podcast Two Guys on Your Head, produced by KUT Radio in Austin. 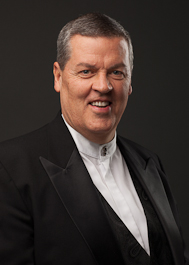 At Brigham Young University, Dr. Ronald Staheli (October 27-30) is the Choral and Conducting Division Coordinator and the Director of Graduate Studies in Choral Music. He also appears regularly as conductor in performances involving the combined choirs and orchestra of Brigham Young University. He has traveled widely as a clinician and guest conductor, and has become known for what a colleague calls a profound sense of phrasing and articulation, which informs all his work. In July of 2001, Dr. Staheli conducted an all-Mozart concert with choirs of the Zimriya International Choral Festival. Dr. Staheli was a guest lecturer at the Fourth International Choral Symposium in Sydney, Australia, where the BYU Singers also performed concerts in the world-famous Opera House and Town Hall. Travels have also taken him and the choir to the Middle East, Russia, Western and Eastern Europe, the South Pacific, and West Africa. Dr. Staheli is a fine pianist and regularly arranges many selections performed by the BYU Singers, several of which are now published. 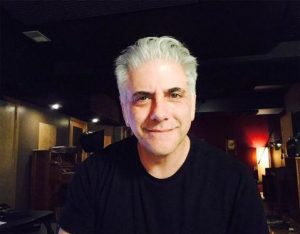 Rick Beato (November 18-21, 2019) is a musician, teacher, and father of three. Rick has worked as a writer/producer with various bands in the rock and country genres. Two albums that he produced for NeedtoBreathe – “The Outsiders” (2009) and “The Reckoning” (2012) – won Dove Awards in the Best Rock/Contemporary category. He co-wrote “Carolina” with Parmalee in 2013, which climbed to number 1 on the Billboard’s Country Music Chart. He is certified to teach grades K-12 and holds a bachelor’s in music from Ithaca College and a master’s in jazz studies from the New England Conservatory of Music. He is presently a member of the Board of Directors at The GLOBE Academy dual-language immersion charter school in Atlanta, GA. 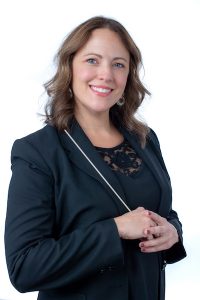 Prior to joining the UNCG faculty, she taught elementary, middle, and high school orchestra in Hollidaysburg, Pennsylvania and was orchestra director and chair of music activities in Beaver, Pennsylvania. She was the assistant artistic director and conductor of the Tallahassee Symphony Youth Chamber Orchestra and Philharmonia Orchestra in Tallahassee, Florida. She has served on the American String Teachers Association National Board and is past president of the North Carolina ASTA chapter. She was a guest lecturer at Xi’an University and Shaoguan University (China) in summer 2016 and 2017.

Dr. MacLeod received her undergraduate degree from Duquesne University and her MME and PhD from Florida State University. She is a frequent guest conductor and clinician throughout the United States and abroad. 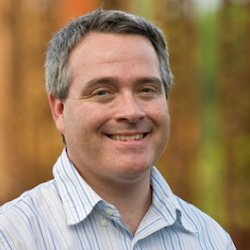 Scott McAllister (March 2-6, 2020) completed his undergraduate degrees in performance and composition from The Florida State University and his doctorate in composition from the Shepherd School of Music at Rice University. McAllister has received numerous commissions, performances, and awards throughout the United States, Europe, and Asia. His music has been featured at the Aspen, Chautauqua, and The Prague/American Institute Summer Festivals. McAllister’s music has been performed and/or commissioned by notable ensembles and soloists including The American Composers Orchestra, The Rascher Quartet, New York Philharmonic, Chicago Symphony, I Musici de Montreal, Charles Neidich, Richard Stoltzman, The Verdehr Trio, Jacksonville Symphony, Da Camera, Waco Symphony, The United States New Music Ensemble, and The President’s Own Marine Band. McAllister was awarded first prize in The Ladislav Kubik International Composition Competition and was a winner of an ASCAP Fellowship award. Scott McAllister’s music is recorded on the Naxos, Albany, Centaur, and Summit Records labels and his music can be found at Lydmusic.com. Scott McAllister is Professor of Composition at Baylor University. 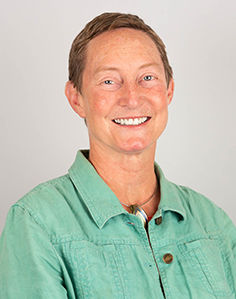 Dr. Brittin has a wide range of responsibilities, including teaching undergraduate courses in elementary and secondary music methods, laboratory ensemble for both undergraduates and graduates, research and current issues courses for music education and therapy graduate students, and supervision of student teachers and interns. She has served on the editorial boards of the Journal of Research in Music Education, Teaching Music, and College Music Symposium, and is division representative for the research and special learners division for California Music Educators Association. 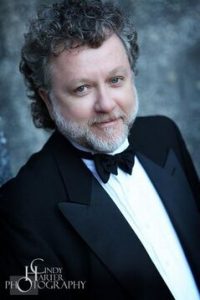 Dr. John Ratledge (April 12-14, 2020) is Professor Emeritus from the University of Alabama.  During his 12-year tenure at UA, he was Conductor of University Singers, Area Coordinator of Graduate Choral Conducting, and Director of Choral Activities.  Dr. Ratledge taught graduate conducting, literature, and pedagogy.  Professor Charles Snead, Director of the School of Music, stated: ……under Ratledge’s tutelage, “The University’s choral program surpassed anything realized in the past. Ratledge is an accomplished scholar and artist, a consummate professional in his approach to music making. His standards are high, his teaching techniques demanding, and he is a consummate professional in his approach music making.   The results he achieves are amazing. Dr. Ratledge continues to be active as a conductor and clinician on a national and international level, consistent with his reputation as one of the most well established choral pedagogues in the discipline today.”

Ratledge made his European conducting debut in 1996 with the Filharmonia Sudecka of Walbryzychu, Poland, and since that time, he has conducted orchestras in France, Greece, Hungary, Romania, and Spain. He made his Korean conducting debut in 2008 when he conducted the Dangjin-gun Chorus, a professional choir in Dangjin, South Korea. Ratledge returned to South Korea with University Singers in 2011, the first ensemble in the history of the School of Music to travel internationally.  With over 1500 people present, University Singers received critical acclaim for their performances at the Seoul Arts Center, the most prestigious performance venue in South Korea.  In addition, outstanding performances were given at the Kei Myung Art Center, the Daegu Culture and Arts Center, and the Jeju Halla Art Hall.

During his tenure at Shorter College of Rome, Georgia, the Shorter Chorale distinguished itself nationally and internationally by giving the premiere of the full orchestral version of the Duruflé Requiem in Poland, Hungary, Romania, and Greece, the organ version premiere of same in Bulgaria, Bernstein’s Chichester Psalms premiere in Poland, and the St. Petersburg, Russia’s premiere of Handel’s Messiah and Conigliano’s Fern Hill. He has received invitations to conduct the Athens and Bulgarian State Orchestras.

Ratledge has conducted at Carnegie Hall six times, including two solo choral concerts. Gaspara!! Canzione di passione, lussuria e amore perduto (Gaspara!! Songs of Passion, Lust, and Love Lost), a song cycle for soprano and piano,  will have its world premiere at the prestigeous Weill Hall of Carnegie Hall on 15 January 2020. He has conducted thirteen concerts at Atlanta’s Spivey Hall, of which, nine of the performances were sold out.

In 2003, Ratledge was named Distinguished Alumnus at Carson-Newman College in Jefferson City, Tennessee.  He was selected the 2011 recipient of the prestigious Druid City Musician of the Year Award presented by the Arts and Humanities Council of Tuscaloosa for outstanding contributions to the arts in the community.

Ratledge’s compositions are published by Carl Fischer, Alliance Music, Southern Music, and Cambiata Press.   Ratledge’s recent choral music is published by Carl Fischer Music Publisher Ratledge is the Editor of the Javier Busto Choral Series with Carl Fischer Music Publisher. In recent months, his compositions have received international attention. In June 2016, La Divina Sirena, a cantata scored for soprano and baritone soli, SATB divisi chorus, and piano, received its international premiere conducted by the composer. The  cantata is based on the poetry of 16th century Venetian poet, Gaspara Stampa.  I Am (text by Rilke) SATB divisi, Mezzo-Soprano and Baritone solos, received its international premiere by Coro Ensamble Vocal Contemporáneo de Tenerife, Maestro Antonio Abreu Lechado, conductor in 2013.  The work was premiered in 2004 by the New Hampshire Master Chorale, Dr. Dan Perkins, Conductor. I Am The Secret Fire In All Things, SATB divisi and two soprano soli, was commissioned by Dr. Philip Copeland for the A cappella Choir of Samford University, and was performed at Florilège vocal de Tours, a choral competition in Tours, France in 2012.  Secret Fire was premiered in its original SSAA divisi version in 2008 by the Vancouver Chamber Choir, Jon Washburn, Conductor. Uncertainty–A Prayer, was commissioned by James Seay, Director of Music for the Chancel Choir of First United Methodist Church in Tuscaloosa, was premiered in 2012. On the Wind was commissioned by the Southern Crescent Chorale of Fayetteville, Georgia, honoring Janice Folsom’s tenth year as artistic director and conductor and was also premiered in 2012; Blackberry Winter, SATB divisi, soprano solo which was premiered by the Midland Lee High School Chorale, Paula Edwards, Conductor, at the Texas Music Educators Association in 2004; and The Lord’s Prayer was commissioned and premiered in 2006 by the Concert Choir of Darlington Upper School (Rome, Georgia), Dan Bishop, Conductor.

Dr. Ratledge is the Founder and Artistic Director of the Bassi Brugnatelli International Conducting and Singing Symposium, a young artist program that is held annually in Robbiate, Italy.  He is currently the  Director of Music at First United Methodist Church in Tuscaloosa, Alabama.