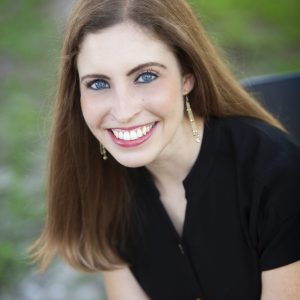 Morgan Luttig is the Director of Choral Activities at the University of Alabama. Her appointment began in 2022. In this role she conducts the University Singers, University Chorale, and Treble Chorus in addition to teaching conducting courses at the undergraduate and graduate levels.

An active conductor, music educator, and clinician, Luttig is recognized for her service to the American Choral Directors Association (ACDA), most notably as the Honor Choirs Chair for the 2022 and 2020 Southern Region Conferences. Her scholarly interests include choral conducting pedagogy, inclusive choral programming, student engagement, and representation in the choral arts. She maintains an active conducting and speaking schedule, serving as a choral clinician and presenting interest sessions around the country. She has presented for organizations such as the National Association for Music Education Eastern Region, ACDA National, the Florida Music Education Association, Alabama ACDA, Florida ACDA, and Voices United, among others.

Prior to her appointment at UA, Luttig served as Assistant Conductor for the Festival Singers of Florida while earning her Ph.D. from Florida State University. She received an Outstanding Teaching Assistant Award for her work with the FSU choirs and choral music education courses. Luttig previously served as Visiting Choral Director and Visiting Instructor of Music at Washington and Lee University where she directed three university-level choirs and ran the Choral Conducting Mentorship Program. At the K-12 level, Luttig taught choral and general music at the high school, middle school, and elementary levels in Savannah, GA and Princeton, NJ. She has also held conducting roles with youth choirs such as Westrick Music Academy’s Princeton Girlchoir and Boychoir, Westminster Neighborhood Children’s Choir, RISE Chorales, and the Savannah Children’s Choir.

Luttig graduated with her Ph.D. in Music Education (Choral Conducting) from Florida State University and holds a Master of Music Education degree with Choral Emphasis from Westminster Choir College as well as a BA in Music degree from Washington and Lee University.