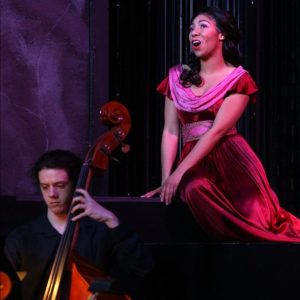 The UA Opera Theatre is pleased to announce that we have been named national finalists in the American Prize competition for Opera Production for Semele and Letters from Quebec to Providence in the Rain from our 2017-2018 season. In addition, Dr. Houghtaling is a national finalist for his work on Semele for the Charles Nelson Reilly Prize in stage direction.