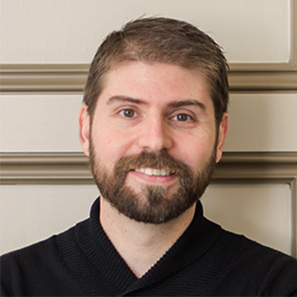 Andrew Raffo Dewar, Ph.D. is a composer, soprano saxophonist, electronic musician, ethnomusicologist, and arts organizer. He is Professor of Interdisciplinary Arts in New College and the School of Music.
Recent publications include ethnographic research on 1970s intermedia art in Argentina during a military dictatorship, 1960s handmade electronic music collective the Sonic Arts Union, philosophical issues of ontology in performance and music technologies, original music for his performing ensembles in San Francisco, New York City, and Hamburg, music for film and theatre, compositions incorporating ethnographic interviews, biofeedback, and interdisciplinary electronic music installations and performances utilizing 3D spatial audio.
He has performed internationally over the past 25 years, with over 200 performances and installations on five continents during the past decade-plus of his time at UA, in venues such as the Venice Biennale di Musica, the National Jazz Museum in Harlem, Roulette, The Stone, and the Flea Theatre in New York City, the Smithsonian Institution and Katzen Art Center in Washington D.C., the New Orleans Contemporary Art Center, The Center for New Music and Outsound New Music Summit in San Francisco, Constellation in Chicago, Berlin Jazzfest, Dusseldorf Art Academy, and ZKM media institute in Germany, the Torino Jazz Festival in Italy, the Thessaloniki Museum of Contemporary Art in Greece, the Audiorama Festival and Royal College of Music (KMH) in Sweden, The AGORA arts and technology festival in France, and other national and international venues and festivals.
Recordings of Dewar as a composer and performer are available on over two dozen albums published by record labels throughout the United States and Europe.
His scholarly writing has been published in the Journal of the Society for American Music, Musiktexte, Leonardo Music Journal, Jazz Perspectives, Jazz Research Journal, the New Grove Dictionary of American Music (2nd Edition), Jazz & Culture, and elsewhere. He has also published chapters in the edited volumes Negotiated Moments: Improvisation, Representation and Subjectivity (Duke University Press, 2016) and Experimentalisms in Practice: Music Perspectives from Latin America (Oxford University Press, 2018).
Dewar has presented talks on his research and music at the annual meetings of the Society for Ethnomusicology, the Society for American Music, the American Musicological Society, a number of international conferences, and has been an invited lecturer at the University of Chicago, Harvard University, University of California San Diego, Duke University, The University of Georgia, Bowling Green State University, California Institute of the Arts, Rutgers University, the University of Victoria and Quest University in Canada, Greece’s Aristotle University, the Institute for Music and Media at the Robert Schumann Hochschule in Germany, and elsewhere.
He has received grants and awards from the National Endowment for the Arts, Chamber Music America and The Doris Duke Charitable Foundation, NewMusicUSA, ASCAP, the Getty Foundation, Arts International, Meet The Composer, The San Francisco Friends of Chamber Music, and the National Endowment for the Humanities.
In 2019, he was awarded the Robert M. Stevenson Prize from the Society for Ethnomusicology, the premier award given by the society to composers who are also ethnomusicologists.
In May 2020, Dr. Dewar was awarded the University of Alabama President’s Research Award.