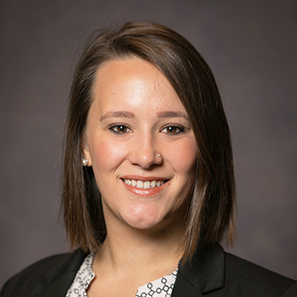 Dr. Christy Thomas Adams joined the musicology faculty at the University of Alabama School of Music in 2019, having previously held faculty positions at the Yale School of Music, Bowdoin College, and Bates College. She received her PhD with distinction in Music History from Yale University. Originally from Baltimore, Maryland, she also holds undergraduate degrees in Music, Art History, and History. Dr. Adams’s broad research interests include the history and theory of opera, reception studies, cultural history, the history of media technologies, and the theoretical and conceptual issues of performance and mediation. In her current book project, entitled Operatic Encounters with New Media: Sound Recording and Silent Cinema, she explores the ways in which new media technologies from the turn of the 20th century appropriated 19th- and 20th-century Italian operatic repertoire and, in turn, impacted operatic creation and circulation. Specifically, she considers the evolving responses of the Italian opera industry to the emerging cinematic medium in the early decades of the twentieth century, focusing particularly on Casa Ricordi, the foremost Italian music publisher of the nineteenth and twentieth centuries.

Dr. Adams’s publications include an article on a 1911 film adaptation of Giuseppe Verdi’s Aida in The Opera Quarterly and a forthcoming article in the Journal of the American Musicological Society on Giacomo Puccini and early silent cinema focused on the relationship between his La fanciulla del West (1910) and three contemporaneous popular American film genres: Eastern Westerns, chase films, and lynching or execution films. She also has a forthcoming essay on Mascagni, Ricordi, and Rapsodia satanica to be published in a special silent film issue of Music and the Moving Image, as well as two chapters for the edited volume Puccini in Context and a chapter for the edited volume Verdi in Context, both forthcoming with Cambridge University Press. Dr. Adams has presented at both national and international conferences, including the American Musicological Society, the Transnational Opera Studies Conference, Music and the Moving Image, and the American Association for Italian Studies. She currently serves as Executive Editor of The Opera Journal, a publication of the National Opera Association aimed at a broad and diverse readership of opera scholars and practitioners and dedicated to fostering opera scholarship that bridges the worlds of performance and musicology.

As an educator, Dr. Adams is committed to inclusive education and to using Western art music as a subject through which to train critical skills for the 21st century: critical thinking and listening, written and oral communication, creativity, and collaboration. As a music historian with a background in both art history and history, she encourages her students to engage with the historical and cultural contexts in which the repertoire was created as well as to understand how these works, though received differently, are still relevant today. She has experience teaching a diverse body of students, both majors and non-majors, in a wide range of graduate and undergraduate music history courses, as well as music appreciation and introductory through intermediate music theory.

Aside from her research and teaching, Dr. Adams also maintains an active presence as a performer. A classically trained singer, she has performed in a variety of venues as both a soprano soloist and a choral member, including with the Alabama Symphony Orchestra Chorus, UA Opera Guild, National Concerts, Opera Maine, ChoralArt Masterworks, Colby College, the Oratorio Chorale, Bryn Mawr Presbyterian Church, and Battell Chapel, and also worked as a supernumerary for the late Baltimore Opera Company.