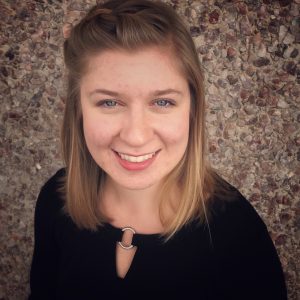 Dr. Hannah Roberts serves as Instructor of Piano at the University of Alabama, where she teaches Applied Piano, Undergraduate and Graduate Piano Pedagogy, Piano Ensemble, and Intro to Listening.

A committed teacher, Dr. Roberts has served on the faculty of several music academies in Alabama and Oklahoma and previously taught applied and group piano at the University of Oklahoma as a graduate teaching assistant. In addition to her collegiate teaching, she currently maintains a studio of pre-college students through the University of Alabama Community Music School.

Active as a clinician and adjudicator, Dr. Roberts regularly presents workshops and lecture-recitals and has shared her pedagogy research at the MTNA National Conference, the National Conference on Keyboard Pedagogy, and the MTNA Collegiate Chapters Symposium. Her work has also been featured in the Inspiring Artistry Series of the Frances Clark Center for Keyboard Pedagogy. She has been awarded multiple grants to fund her research and performance, both at the Library of Congress in Washington, D.C. and internationally in Eisenstadt, Austria. Current research interests include American female composers, health and wellness for pianists, twentieth-century pedagogical repertoire, and rote teaching for beginning pianists.

Dr. Roberts holds a Doctor of Musical Arts degree in Piano Performance and Pedagogy from the University of Oklahoma, where she studied piano with Jeongwon Ham and piano pedagogy with Barbara Fast and Jane Magrath. Additionally, she holds a Master of Music degree in Piano Performance from the University of South Alabama, where she studied with Robert Holm. Dr. Roberts is a member of MTNA and the College Music Society and currently serves on the board of the Alabama Music Teachers Association.