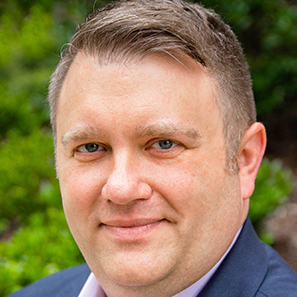 Named Teacher of the Year by the Alabama Music Teachers Association, pianist Kevin T. Chance has been hailed as “a superlative musician” playing “with musical conviction and muscularity.”  He has performed throughout the United States and abroad as both soloist and collaborator.  In 2003, he was invited to the Lake District Summer Music Festival in England where he was featured on both of the festival’s gala performances. Recent engagements include performances at Carnegie Hall as well as concerto appearances with Rachamninoff’s Rhapsody on a Theme by Paganini with the Huxford Symphony Orchestra, Gershwin’s Rhapsody in Blue with the University of Alabama Wind Ensemble, Saint-Saëns’s Carnival of the Animals with the Tuscaloosa Symphony, Beethoven’s Choral Fantasy with the Athens Chorale in Georgia, and Gerald Finzi’s Eclogue.  Recital engagements have included the University of Oklahoma, the Louisiana Piano Series International, and the Albion College International Piano Festival. He has also been presented in performances by the Mobile Opera, the Mississippi Opera, Cedar Rapids Opera Theatre, the University of Texas at Brownsville, the University of South Carolina, Columbus State University, Auburn University, Millsaps College, the University of North Dakota, the Saratoga Arts Fest, Bucknell University, and the University of Alabama.  Dr. Chance has been a prizewinner of several regional and national competitions including the National Society of Arts and Letters Career Awards Competition, Music Teachers National Association Competitions (MTNA), and the Brevard Music Center Concerto Competition.

Dr. Chance is a member of the Semplice Duo with flutist Cristina Ballatori. In August 2004, they were named the winners of the Notes at 9,000 Emerging Artist Series Competition in Colorado. Past seasons have taken them to Texas, Colorado, New York, and Louisiana, and they were selected as artist fellows for the 2005 Hampden-Sydney Music Festival in Virginia, where they returned for a series of performances in 2008.  They have twice performed in recital on the “Live from Hochstein” series, which were broadcast live on WXXI radio in Rochester, NY, and in 2014, they made their European debut in Paris.  In 2017, they will make their Asian debut in a tour of China.

Serving as Assistant Professor of Piano and Chair of Piano Studies at the University of Alabama, Dr. Chance is a former faculty member at the Alabama School of Fine Arts in Birmingham.  He holds the Doctor of Musical Arts degree in Piano Performance and Literature from the Eastman School of Music where he was awarded the Jerald C. Graue Fellowship for academic excellence.  An alumnus of the Aspen Music Festival, he holds the Master of Music degree from Louisiana State University and graduated magna cum laude from Birmingham-Southern College.  His teachers have included Barry Snyder, Constance Knox Carroll, Ann Schein, Anne Koscielny, Herbert Stessin, William DeVan and Betty Sue Shepherd.