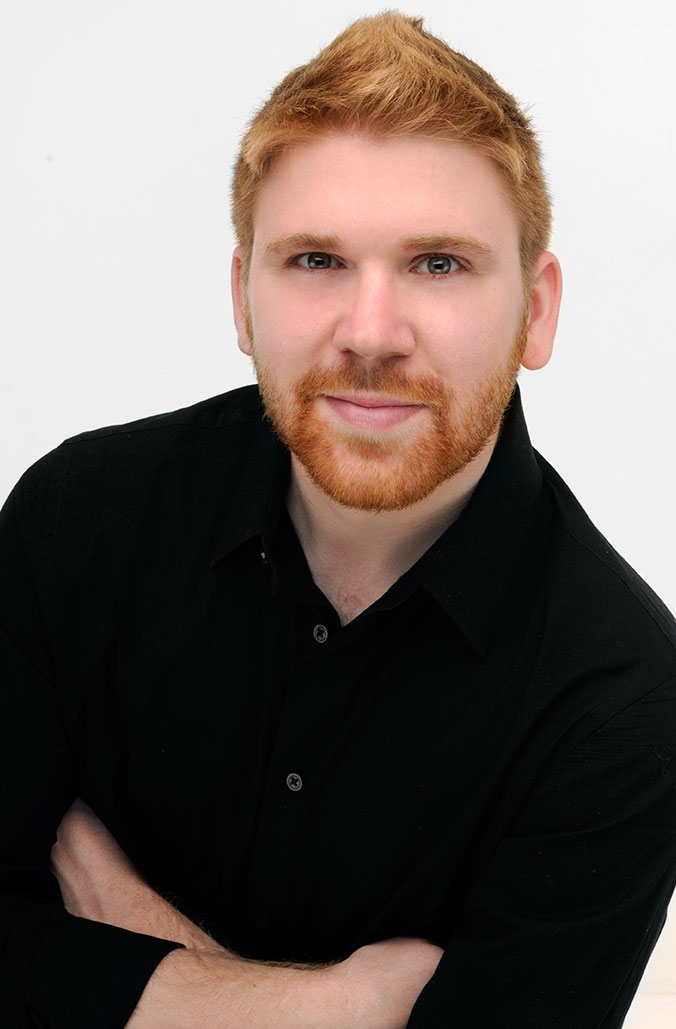 Tenor David Tayloe joined the UA voice faculty in the fall of 2014 as Assistant Professor of Voice. A native of North Carolina, Mr. Tayloe has been praised for his “lovely tenor that sings with Mozartean finesse.” Tayloe has made appearances with the Santa Fe Opera, Opera Louisiane, Piedmont Opera Company, the A.J. Fletcher Institute, LSU Opera, and Frost Opera Theater. His recent roles include Albert in Albert Herring, Studentin Michael Torke’s Strawberry Fields, Rinucchio in Gianni Schicchi, Candidein Bernstein’s Candide, and Mozart in Rimsky-Korsakov’s Mozart and Salieri. He has performed as the Evangelist in Bach’s St. Matthew Passion as well as the tenor soloist in the Magnificat, Handel’s Messiah, Haydn’s Creation, Lord Nelson Mass, Paukenmesse, and Theresianmesse, Schubert’s A-flat Mass, and Britten’s Serenade. Recently, he has been a semi-finalist in the Oratorio Society of New York competition and a finalist in the American Bach Society competition.

Tayloe has collaborated with composers on their original work including Libby Larsen, Ben Moore, and Jake Runnestad, and Thomas Sleeper, including the West Coast premiere of Ben Moore’s Dear Theo and the world premiere of Thomas Sleeper’s Beatrice Bends for her Blue Ball. He has performed with the Grammy nominated ensemble Seraphic Fire and the Santa Fe Desert Chorale, and Voices among other professional ensembles. He has been a performer at the Magnolia Baroque Festival in North Carolina, the Duffy Composers Institute at the Virginia Arts Festival and was recently awarded the Stern Fellowship at Songfest in Los Angeles. He has collaborated with Martin Katz and participated in master classes with Graham Johnson, Renee Fleming, Wolfram Rieger, and Roger Vignoles.

Tayloe holds degrees from the North Carolina School of the Arts, Louisiana State University, University of Miami, and a doctorate from the Eastman School of Music.